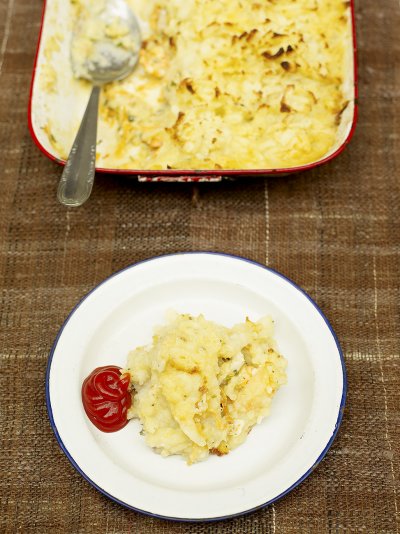 You can use any fish you like in this dish but the smoked fish adds a great flavour.